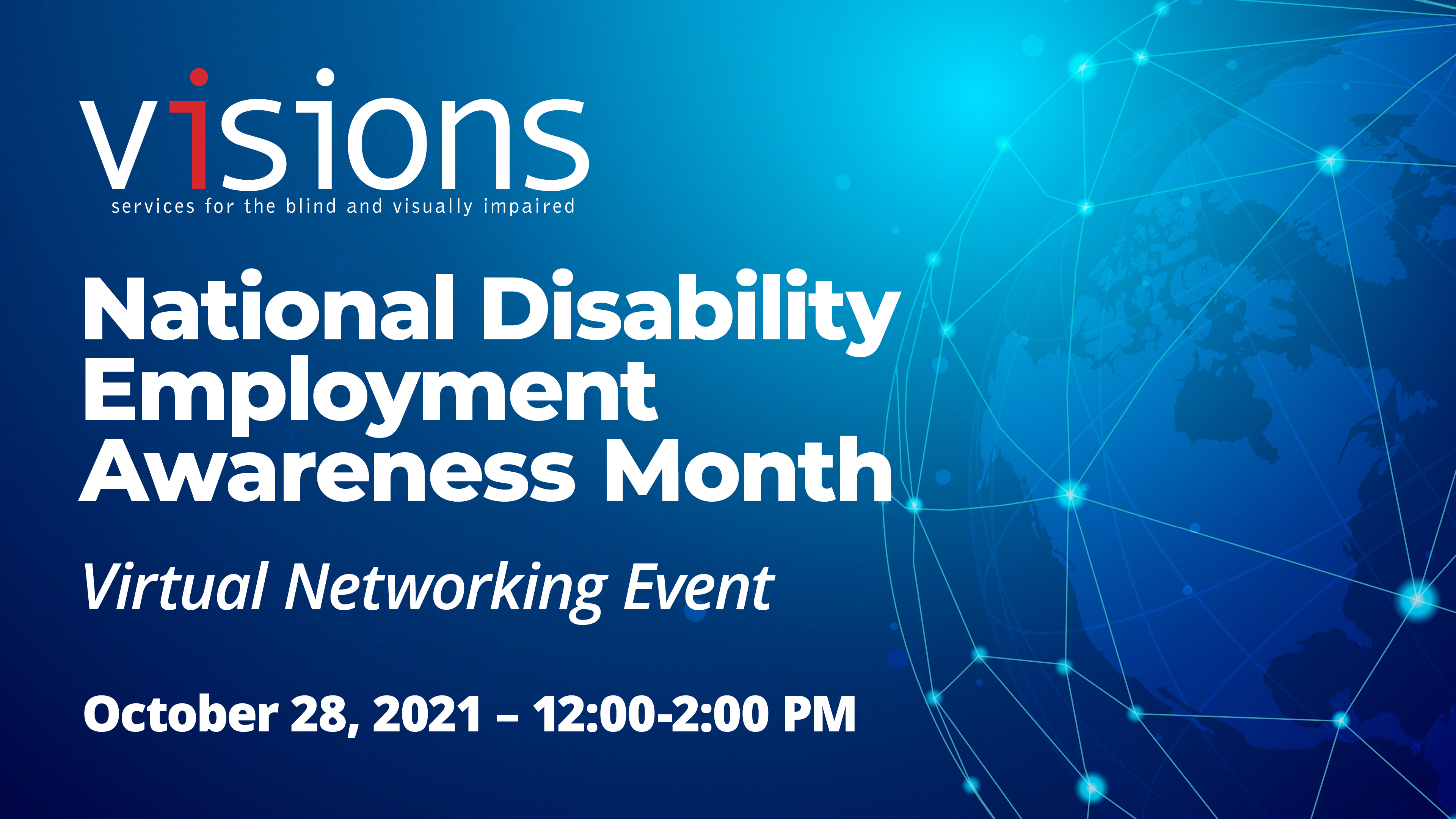 Please join VISIONS in celebrating National Disability Employment Awareness Month (NDEAM) on October 28th from 12:00 PM-2:00 PM. This virtual event will include a fireside chat with policy worker and facilitator of change, Laurel Hilbert, along with networking rooms and raffle prizes. 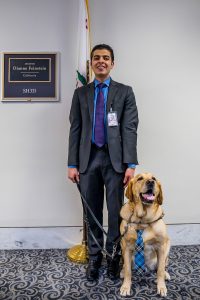 Throughout his life’s work, Laurel has been invigorated by the ideas of implementing change through public policy, education, economic empowerment, civil rights, and homelessness measures. Arriving in the US as a totally blind, 17-year-old Syrian homeless teen, who did not know any English, Laurel Hilbert’s amazing journey began. Laurel said, “I just have to do it.” Life in Saudi Arabia, where he and his family had migrated to prior to him coming to the US was too limiting. He felt that he did not fit in in Saudi Arabia and lacked access to educational support such as audiobooks, Braille books, and the assistive technology that he needed to be successful. Just eight short years later, at the age of 25, Laurel ran marathons, started his own non-profit, and in the last few years, interned and then worked for Senator Dianne Feinstein, and much, much more. Currently, Laurel is employed as a Customer Experience Associate at Robinhood, and pursuing a Bachelor of Arts in Economics from Harvard University’s school of continuing education. Laurel says that he is forever grateful for his family and friends who served as an oasis of hope. Laurel is artistic, ambidextrous, altruistic, and loves meeting new people.